Here we are back at “Wiggly” Field in beautiful downtown Murfreesboro, Tennessee.  Today it’s overcast with temperatures hovering around 45* and intermittent rain. 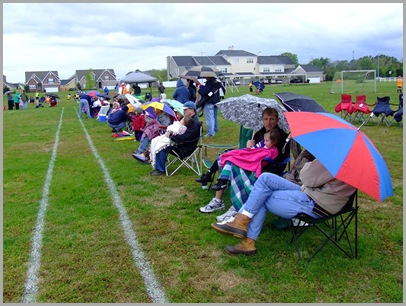 The game between the Dynamos and Matrix is about to begin.  Hi, I’m Catherine Litter and my co-announcer is Robert L. Head.  What’s your synopsis of the game, Bob L.?

Well, Kitty, it’s extremely early and brutally cold out there on the field this morning.  Only time will tell if the players are sluggish on not.  We’ve been following the Superstar, Catia Patterson, this week and she’s had a lousy week at practice.  If you remember from last year, Catia is not an early riser and an eight o’clock game may find her a little out of sorts.  Kitty?

Now that you mention it, I see that the coach is keeping Catia on the bench for the first quarter.  She doesn’t look exactly “user friendly” and has been very sluggish during the warm up.  Here’s the kick off!!  Wow, the Matrix has monopolized the opening play with a score.  This is going to be a challenging game for the Dynamos, Bob L. 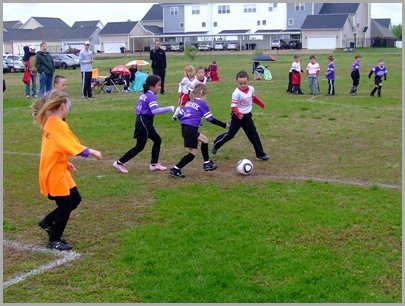 That’s what was predicted last week, but now the Dynamos are beginning to get it together.  Their goalie has been on top of the ball and not allowing anymore scores.  Did you see that play?  The Dynamos S-C-O-R-E, it’s now one to one.  Kitty. 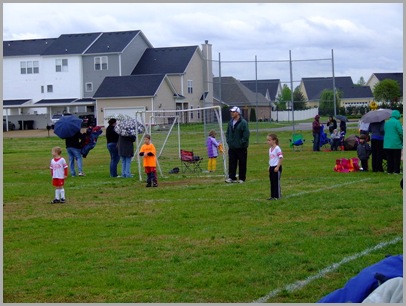 Well, that brings us to the conclusion of the first quarter with a tie score.  Catia Patterson is now taking the field, but she still seems awfully sluggish.  We’ll just have to see if this superstar can get her head into the game.  Back to you, Kitty. for the play by play. 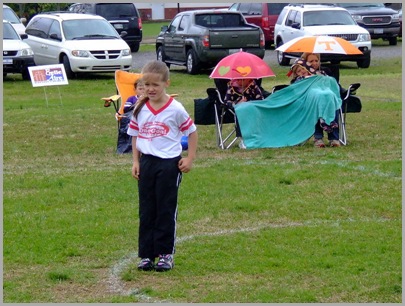 I can’t believe it, Catia is just holding back.  Oh, oh!!  She just got nailed in the stomach by the ball.  That really knocked the wind out of her.  She’s never just standing there on the field like that, but is usually attacking the ball.  She’s really acting as if she’s not feeling very well – I wonder if she has some of that bad apple juice from Applebee’s? 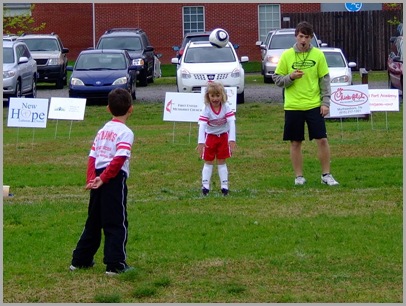 I don’t know, Kitty, but she does seem a little out of it.  The Dynamos are in control of the ball once again, and S-C-O-R-E.  The rest of the team is really pouring it on in a great effort. 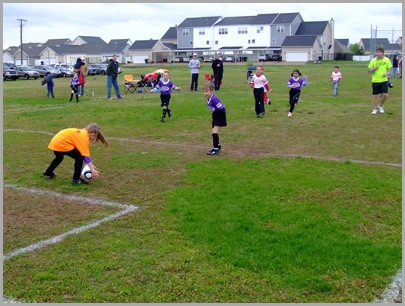 Bob L., that was a great kick from almost mid field right into the net before the Matrix goalie had any idea the ball was coming her way.  And now the Dynamos seem to be controlling the ball a lot better this second quarter.  Oh my, there is another run on the goal and S-C-O-R-E!

Kitty, at the end of the first half it’s now Dynamos 3 and Matrix 1.  I see the coach has benched Catia once again.  Her dad is giving her a pep talk. 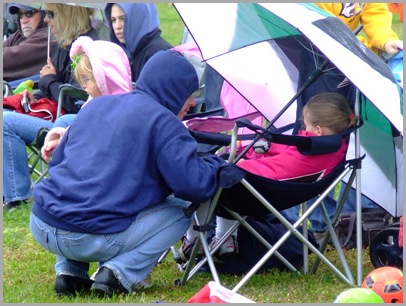 In the meantime her little sister, Kalina, is running wild in an attempt to keep warm. 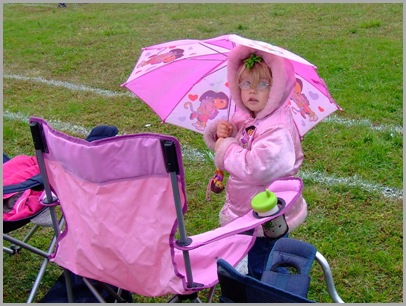 And her brother, Radek, is here as well; he’s pulled his sports car right up to the field and is sitting inside with the heater on. 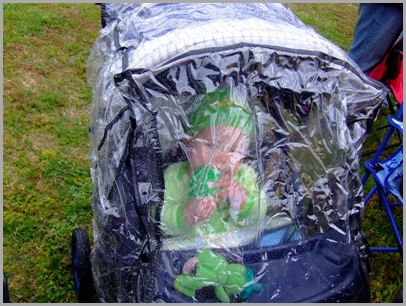 Catia’s grand parents are in attendance and are huddled up under the umbrella wondering why the heck they headed north so early. 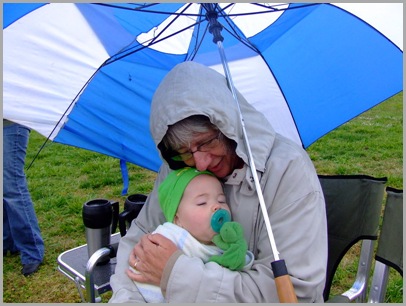 Bob L., both teams have put on a strong defense and the third quarter has remained scoreless.  I see they are putting Catia back in the game on defense for the fourth quarter.  Ah, she seems to have come alive.

Yes, Kitty, she’s looking more like the superstar player that we’ve come to expect.  Look at her go.  The Matrix has been pouring on the juice in an attempt to get back into this game, but Catia has nixed their every attempt at a goal.  She’s done a great job clearing the ball out of Dynamos territory. 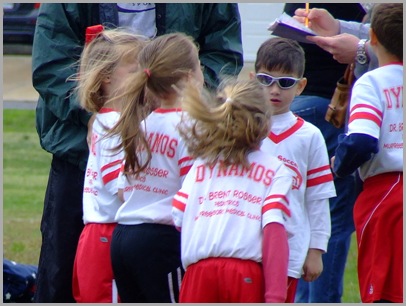 Well there you have.  The Dynamos win the game 3 to 1.  This is Catherine Litter, and this is Robert L. Head saying good bye from “Wiggly” Field.  Our final comment is that the Dynamos’ coach had better hope that most of their games are scheduled for later in the day – when Catia is more alert.  Good bye for now!!

Well, that’s how our early morning Saturday went.  We left from “Wiggly” Field in search of some nice hot coffee and found it at McDonald’s; Man, it was cold out there.  From Mickey D’s we headed to Wilson Leather so Judy could pick up a new purse.  Now she has a new purse, but no money to put in it – Oh well, her old one was looking rather tattered.

We spent the afternoon relaxing and reading.  Judy made some pea soup (it’s a pea soup kinda day).  After an early dinner we headed for church.  Superstar Catia came home with us for a sleep over.  We had a pizza and a movie, Tangled (don’t ask), with pop corn before retiring for the evening.  Sleep overs are the best!!!!

This morning Catia and G’ma are going to make G’pa some of his favorite chocolate chip cookies and, later, we’ll make a trip to the play ground, temperatures permitting.  You’ll have to tune in tomorrow to see what the rest of the day brought.

Posted by Darrell and Judy Patterson at 8:32 AM