You’ll Get A Kick Out Of This

Hello everyone.  This is Ben Dover here along with Terry Tory.  We’re here at “Wiggly” Field in beautiful downtown Murfreesboro where the annual soccer season has gotten underway.  The game between the Eagles and the Dynamos has completed with the Dynamos dominating the game.  The final score was Dynamos 5, Eagles 1.

The superstar player, Miss Catia Patterson, was in great form today.  If you remember, she played for the Nationals last year, but became a free agent over the winter and signed a very lucrative one year contract with the Dynamos.  She can do it all isn’t that right, Terry. 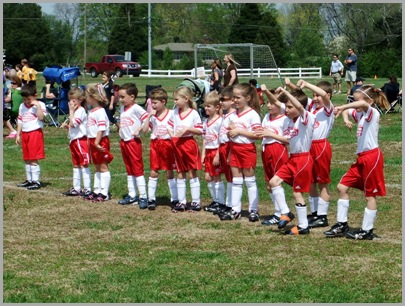 That’s right, Ben.  She began the game playing forward where she immediately assisted on the very first goal.  That’s one thing about this girl, she is intent on winning the game and is a great team player, willing to let her teammates make the goals rather than “hot dawging” it.  The Dynamos really dominated that first quarter by never letting the ball get to the other half of the field.  Ben! 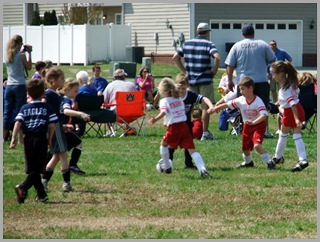 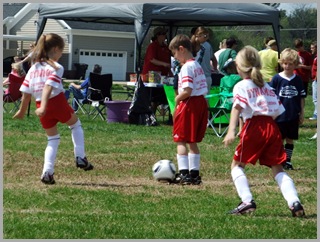 Thanks Terry.  Being that the Dynamos were leading the game 3 to 0, the coaches decided to bench Catia for the second quarter.  No since risking injury when the team is that far in the lead.  Also, it gives your second string some playing time to gain experience.  Who knows, they may just discover another player with Catia’s potential.

The third quarter found her playing goalie, not one of her favorite positions.  It looked as if the Eagles were going to rally by keeping the ball in their end of the field with several goal attempts.  But Catia was on top of the ball and only allowed one score.  The quarter ended with the Dynamos at 4 and the Eagles 1. 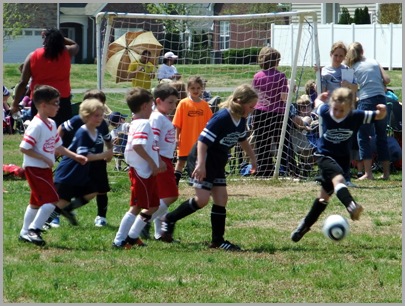 Ben, the coaches figured that there was enough cushion so Catia again sat out the forth quarter.  Probably a good move since next week’s game promises to be a real challenge.  Why burn out your best player when you don’t need to.

Well, Terry, Miss Patterson burned up the field last year for the Nationals and it looks as if she’ll do it again this year for the Dynamos.  So that’s all today from “Wiggly” Field here in Murfreesboro, Tennessee.

There was a big crowd on hand with Catia’s younger sister, Kalina, and her younger brother, Radek, in the audience.  They never miss a game, although Kalina tends to “do her own thang” while the game is being played.  Oh yes, I should mention that her Mom and Dad along with her Grand Parents were in the audience as well – someone has to drive. 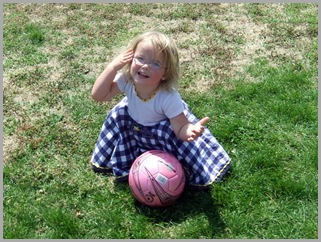 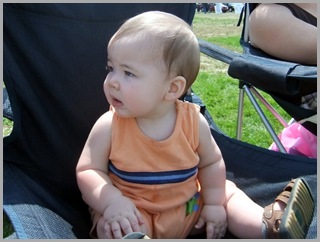 One funny event that took place while we were at the game.  A mother became frantic, she couldn’t find her son anywhere.  It seemed the lad must have wandered off on his own.  She was freaking out and approached the announcer who immediately had all the games (they play three at a time) stopped so the child could be located.

It was announced over the PA system with the lad’s name being called.  He was instructed to come to the announcer’s booth.  The mother had informed the announcer that he was wearing a blue Eagles shirt which the announcer passed along.  The Eagles’ coach yelled back, “He’s playing goalie”.  Yep, that’s right, they put orange shirts on the the goalies so he was no longer wearing a blue shirt.  Guess who wasn’t paying attention to her son’s game?

Mike and Peggy arrived at Cedars of Lebanon around three yesterday afternoon.  We headed out for church at four and then made our way to Demos Family Restaurant for a nice “homecooked” meal.  It was around eight thirty when we returned home so Mike and Peggy headed to their rig and Judy and I finished the day by doing some reading.

Not exactly sure what’s up for today other than a cookout so tune in again tomorrow to see if we did anything noteworthy.

Posted by Darrell and Judy Patterson at 8:17 AM