There are seven seasons in Maine; winter, mud, spring, black fly, summer, tourist, and fall.  We are officially in tourist season and they certainly had a bumper crop this weekend in Freeport.

The Maine Event crowd, we’re not tourists mind you, took a journey to DeLorme’s in Yarmouth followed by the trek into Freeport.  Now, true Mainers, known world wide for their down to earth common sense, know better than to stick their noses into Freeport on a beautiful Saturday afternoon in July.  But, we just had to make our appearance into the land of LL Bean in order to say, “We’ve been there, done that!!”

However, let’s start with our visit to DeLorme’s.  Most of you recognize the DeLorme as the mapping technology company that developed Street Atlas USA software but, it is also home to Eartha.  Eartha is the world’s largest rotating and revolving globe.  It has a diameter of 41 feet and a circumference of almost 130 feet.  The Earth’s revolution is mimicked by Eartha’s cantilever arm as it circles the base; it takes 18 minutes for Eartha to make one revolution. 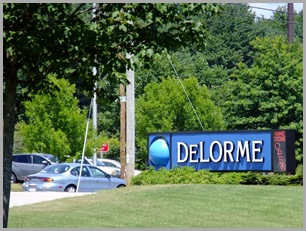 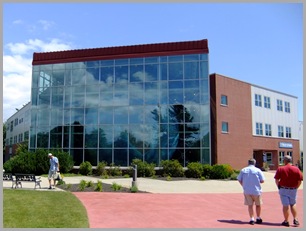 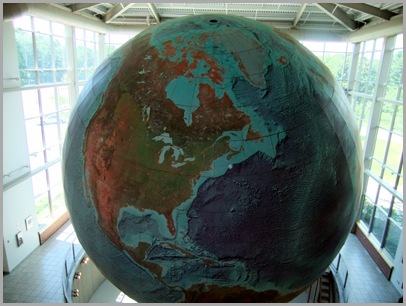 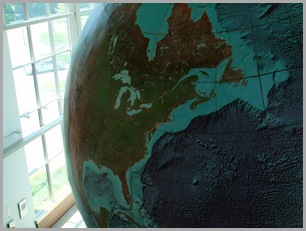 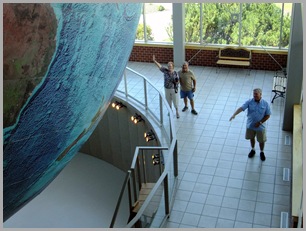 Along Route 1, between Yarmouth and Freeport, Maine, stands the “BFI” - Big Freeport Indian.  The Indian is 50’ tall and the work of a Pennsylvania artist.  He is made of fiberglass, plywood, and steel rods and was erected in 1969.  As you can see, he is quite photogenic. 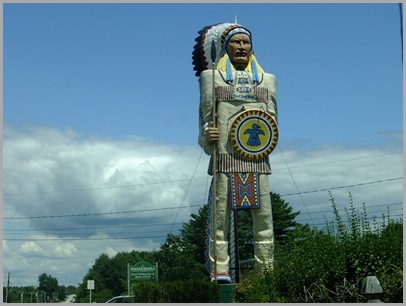 From the “BFI” we made our way to downtown Freeport, Maine, the home of LL Bean.  We spent a couple of hours “shopping”.  The place was buzzing with activity, to say the least.  There were people swarming everywhere like bees around a hive.  Judy found herself a pair of shorts, Glen found a shirt, Mark found some binoculars, and Dortha found a tri-pod for her camera. 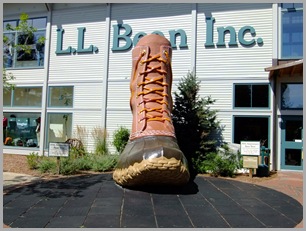 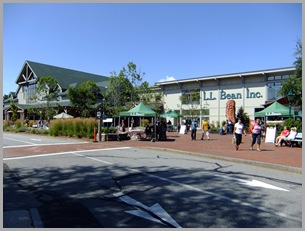 One thing that “shopping” does is to conjure up a real strong desire for a nice “Maine Made Ice Cream” cone.  Judy and I choose the Maine Blueberry and it was yummy.  Notice the LL Bean bags; yep, we stimulated the Maine economy alright. 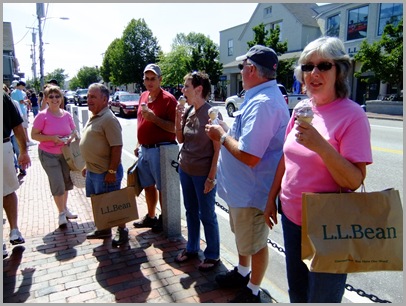 Then it was home for a good old fashioned pot luck dinner with grilled shrimp by Mark being the center piece of the meal.  There was fried ‘taters, asparagus, stir fried squash, pickled beets, and a nice garden salad to complement the shrimp.  Dessert was frosted brownies with chocolate chips in them.  This is a tough gig, I wonder when we are going to get a decent meal around here? 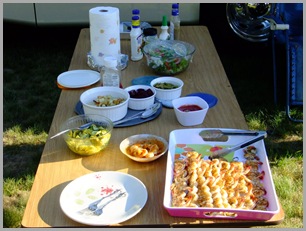 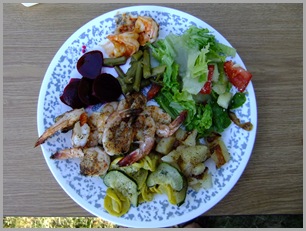 Dinner was followed by margaritas, conversation, and laughter.  Dortha has this margarita making thing right down to a science - “How Sweet ‘Tis!” 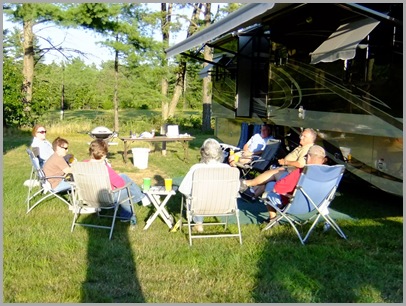 Well, I guess that just about sums it up for another day for the Maine Event.  We are sure having lots of fun and enjoying spending time together.  Be sure to check back tomorrow to see what kind of mischief we find to get into today.

Posted by Darrell and Judy Patterson at 5:48 AM