We chose the northern route simply because we’ve never been that way.  What a great choice.Route 2 in Vermont crosses several islands in Lake Champlain giving us beautiful views all along the lake. 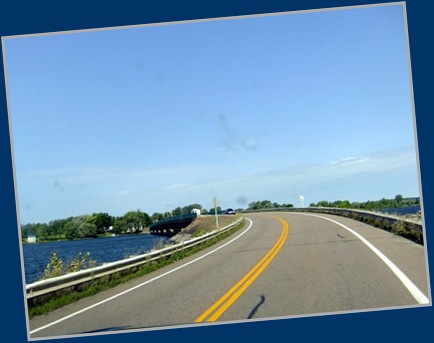 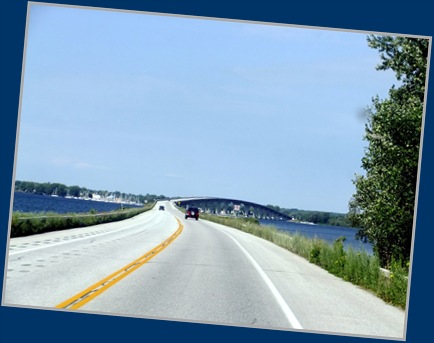 While crossing from Vermont to New York we noticed a fort on the north side of the bridge.  It turns out that it is Fort Montgomery also known as Fort Blunder; A million dollar fort that was never garrisoned.

After the war of 1812 and the Treaty of Ghent in 1814 tensions remained high between the United States and Great Britain/Canada.  The Lake Champlain/Lake George transportation corridor had always been a key objective of military planners during times of conflict; therefore, Fort Montgomery was strategically positioned where the Richelieu River empties into Lake Champlain.  Even though the fort was never garrisoned, there were plenty of troops nearby at the Plattsburgh Barracks that could man the fort in a hurry if it became necessary. 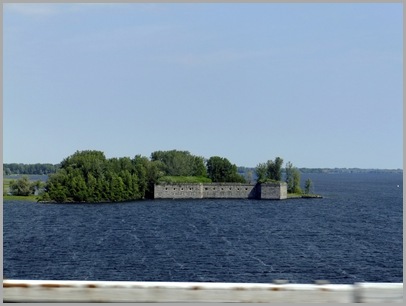 After entering New York we had very majestic views of the Adirondack Mountains.  Much, much more beautiful than the pictures below. 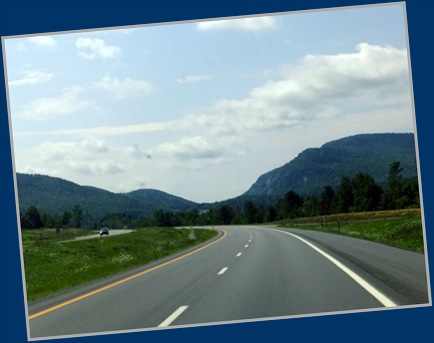 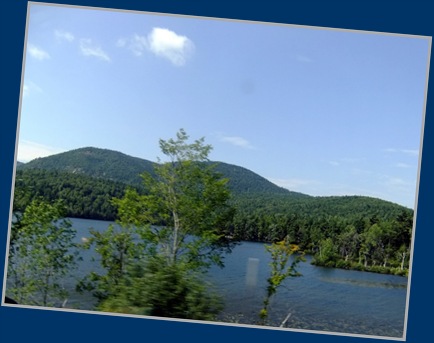 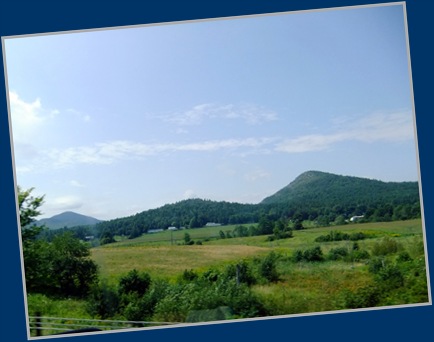 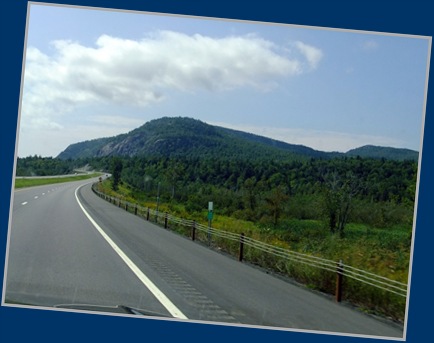 On a sad note, we began seeing leaves changing their colors indicating that fall is just around the corner.  Before you know it, we’ll be stoking the ol’ wood stove! 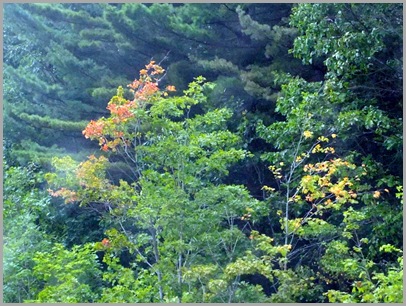 We arrived at Lake George Escape at 1:00, set up camp, and took a short walk about to the campground to seek out some of our old workamping buddies.  Briana began crying, “Feed Me!  Feed Me!” so we caught the shuttle into town for some great Capri (New York Style) Pizza.  It began to rain while we were eating so after lupper we took the shuttle back to the campground rather than stay in Lake George.

Later Briana took a peddle cart for a test drive while Judy and I continued walking about Evergreen Square and down to the boat docks.  Last year when we left LGE we weren’t sure if we’d ever see these sights again – it’s nice to come back; especially since we don’t have to go to w*rk.

For evening entertainment, Briana and Grandma went to Bingo in the Big Top while Grandpa stayed at home and worked on this blog entry. 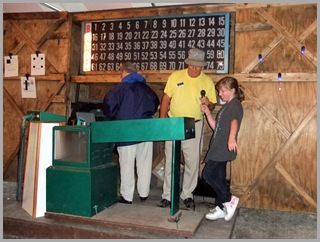 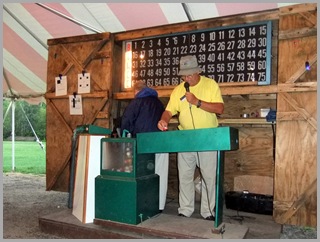 The agenda for today is open so we’ll have to make up our plans as we go; therefore, there is no telling where we’ll end up.  However, we can assure you that we’ll find something to do and have some fun.

Posted by Darrell and Judy Patterson at 7:12 AM