It was another uneventful travel day, just the way we like them.  It was a nine hour day and even though it seemed long; before you knew it, we were pitching our tent here at Cedars of Lebanon State Park.  We made four stops along the way – a rest stop after two hours, a fuel stop at Flying-J south of Montgomery, a lunch stop at mile marker 301, and a fuel stop at the Tennessean Truck Stop.   We have four favorite camp sites here at Cedars of Lebanon and were able to secure our number one choice.

Then guess what?  It was grand kid fix time.  We made a bee line to the Murfreesboro residence to just to get our hands on the Munchkins.  Catia seems to have grown two feet since we saw her last.  She read to G-ma and G-pa – that’s a change isn’t it?  She’s a good little reader.  At her age I was reading, “See Spot Run.  Run Spot run.”  Catia reads “chapter books”.  We’re impressed.

Miss Kalina has shot up to.  She’s into puzzles and had G-ma and G-pa putting together a Dora puzzle.  She would start the puzzle and complete it the same way every time so I decided to confuse her and give her one piece at a time starting in a different place.  When I handed her the piece in the middle, she hesitated and said, “I can’t put that piece in yet.”  Then she thought a little more, put the piece in the middle, and just built around it.  She done good.  It’s fun to watch little kids solve problems.

Radek is now a full fledged mobile unit.  He’s walking around the house as if it were natural – well, I guess it is.  He is a little brother and is real good at it, just ask his sisters.  He loves to push buttons so keep him away from the computer, television, phone, or any other appliance that has buttons.  Hockey is his sport.  He has a hockey stick and a soft ball that he uses in the house.  “Four!!!”  Maybe golf is his game.

Here are some Halloween pictures of the little monsters. 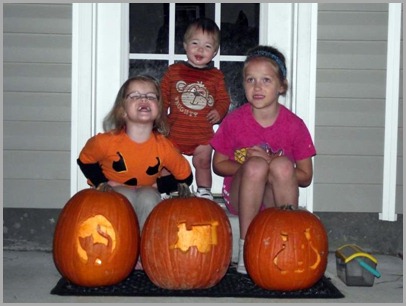 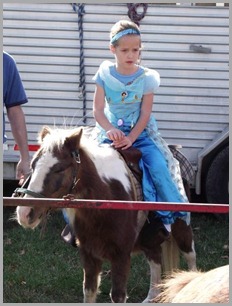 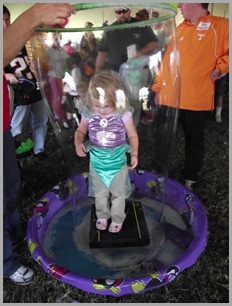 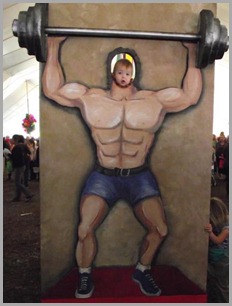 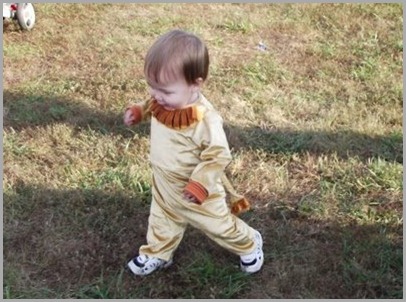 We had dinner with the kids / grandkids, visited a little bit, and then our PJs were calling – no, after a nine hour driving day, they were screaming for us.  So it was home to watch a little telly (The Sing Off) and to hit the hay.

Who knows what’s up for today, but I’m sure that we’ll find something to do.  There are a couple of items that Grandma wants to pick up for Christmas.  Most likely today will be the day to do that.  Otherwise we’ll just make up the agenda as the day progresses.

Posted by Darrell and Judy Patterson at 8:01 AM