Out Of Humble Beginnings

We got a not so early start on Thursday heading for Hodgenville, Kentucky, the birthplace of our 16th President of the United States – Abraham Lincoln.  From Campbellsville it’s a 50 minute drive through the country with beautiful pastoral scenes along the way.  Hodgenville is small rural town in Kentucky not awfully far from Elizabethtown (Etown to the locals) and/or the I-65 corridor.

The National Park Service oversees both the Abraham Lincoln Birthplace in Hodgenville and his early boyhood home which is 9 miles away in Knob Creek.  And, as with most NPS sites, there is an introductory movie which is always well done and informative.

The glass etching and the bronze statues of the family are located in the visitor’s center.   The statue is of Abraham’s mother and father, Nancy and Thomas along with Little Abe and older sister Sarah.  He had a younger brother, Thomas, who died as an infant. 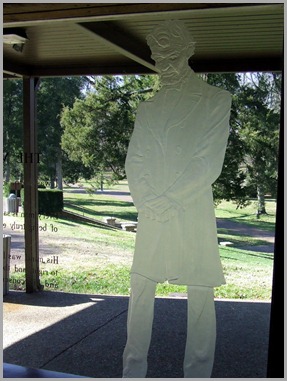 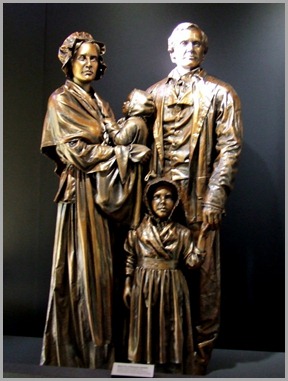 The memorial is built on the site of the old homestead and a replica of the log home is housed inside.  The cabin was built along side of a spring that still runs today.  Due to a land dispute, the Lincoln’s were forced leave their home and move to Knob Creek which is north of Hodgenville. 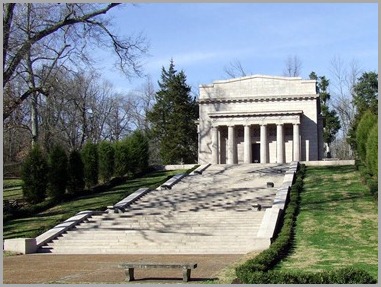 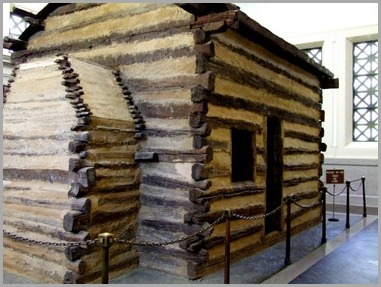 Hodgenville has erected statues of Abraham one of which is from his boyhood. 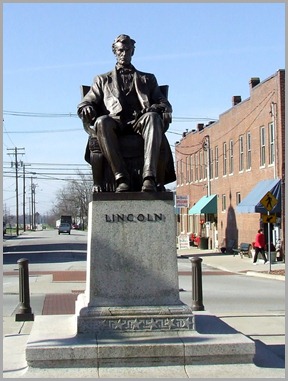 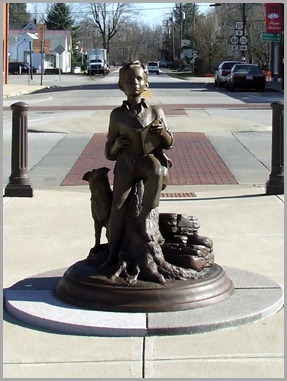 Six miles north of Hodgenville is the site of his boyhood home where his family lived until he was eight years old.  Due to another land dispute, the family was forced to move again – this time they moved to Indiana.  The site at Knob Creek has remained undeveloped since the time the Lincoln’s lived there.  You can still see the fields where Abraham and Sarah played and worked in the family gardens. 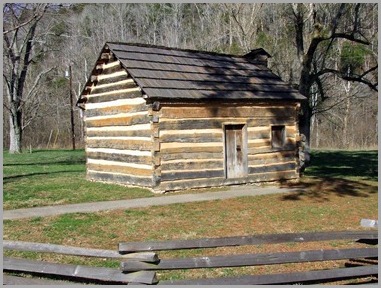 We’re not going to include any detailed history here.  You can find everything you want to know just by “Googling” Abraham Lincoln.

After all that site seeing, “Feed Me” showed up.  So we made a beeline back to beautiful downtown Campbellsville to the Happy Days Diner where you can order a dinner named after your favorite Happy Days character.  Judy had a Fonz burger and I had a Mr. C’s special burger.  The food was yummy and the ambiance was great. 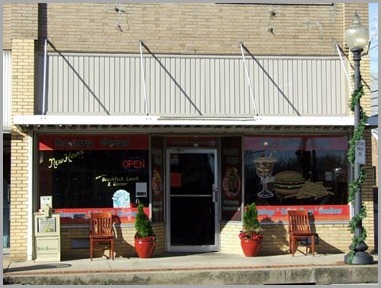 Posted by Darrell and Judy Patterson at 3:42 AM