I’m going to lie to you and tell you we were lazy this morning that’s why a late post, but I will tell you the truth, the whole truth, and nothing but the truth tomorrow – so stay tuned.

‘Twas a wonderful day.  We arrived at Matt and Jackie’s at seven o’clock sharp just to be met at the door by two wide eyed little girls.  “Grandma, Grandpa, where were you?”  “Santa’s been here!!!”  “We’re ready to open presents.”  “Did Santa bring you any?”  “Nah, Grandma’s been naughty this year.”

Well, you can only imagine the excitement.  We took pictures, but they were all just a blur – it’s hard to get a seven year old, a three year old, and an eighteen month old to pose when they are filled with sugar and excitement and opening presents.  Matt did well to contain them and they took turns opening gifts.  It took about two hours to “have the tree” and, believe me, the tree was had. 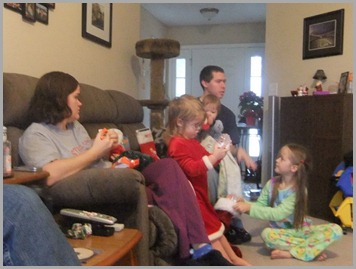 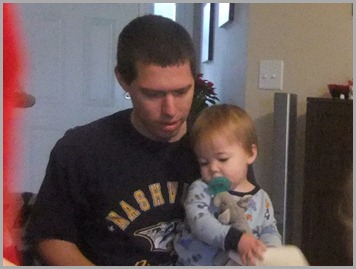 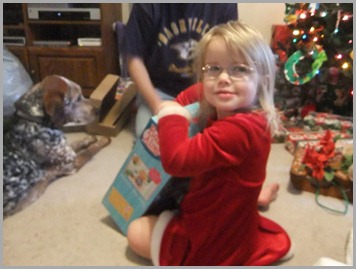 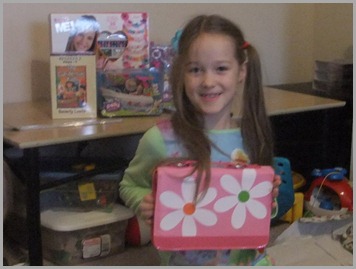 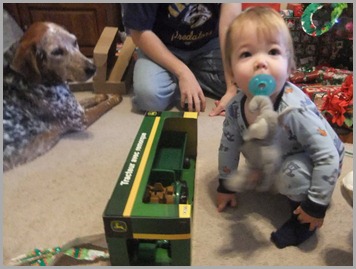 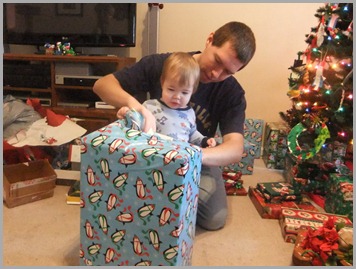 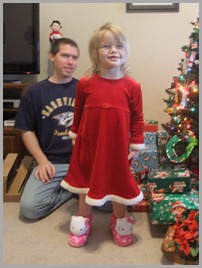 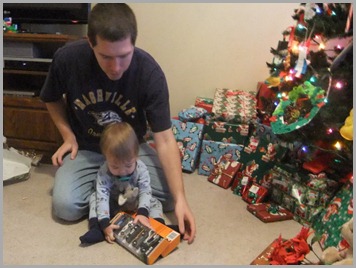 Then it was onto breakfast followed by “some assembly required” time.  “Grandpa, can you open this for me?”  I can personally tell you that some toy manufacturers do not want any toys escaping from their packages.  My goodness, after using a hammer, chisel, pliers, and a hack saw, Matt and I were able to get most of the toys free (the ones we couldn’t will just have to go back to the store and most likely never be missed).

Radek was so awestruck that he didn’t know what to play with first.  He would go from one thing to another without even taking time to play with anything.  Kalina wasn’t much better.  She’d hoard her “stuff” and try to play with Radek’s.  Catia, being a refined seven year old, just knew that Tangled needed to get Untangled so she started with baby Repunzel.

Jackie made a wonderful pot roast dinner while Judy had made a Jell-o fruit salad along with an apple pie and a pumpkin pie.  We had Christmas candy, fudge, mincemeat cookies, sugar cookies, and mixed nuts to nibble on throughout the day.

We hope that all of you had a wonderful Christmas day as well.  Now it’s onto New Year’s – unbelievable, we’re heading for twenty twelve and here I am still looking forward to Y2K.

Posted by Darrell and Judy Patterson at 7:06 AM