Just one more note on yesterday’s post.  I received an email for Norm Payne stating that he has the LG VL600 USB Modem and hasn’t had any problems with it.  He has traveled to Minnesota, onto North Dakota, and back home (over six thousand miles) and has had none of the issues that people are having with the Pantech UML290 USB Modem.  So, if you’re thinking of upgrading to Verizon’s 4G air card (USB Modem) you now know the better choice.

Now back to our previously scheduled lifestyle.  Whenever we’re here at Judy’s Sister’s, either Warren or I (or both) have a project or two to work on.  We had one major project and several little projects this time around.  The big one was to extend the deck next to his pond.  That was done by laying pavers which required a lot of “dirt” time.  First the area had to be dug out and then leveled and tamped down followed by putting in leveling sand.  Each paver had to be tamped down into the leveling sand and then locking sand swept into the cracks between the pavers. 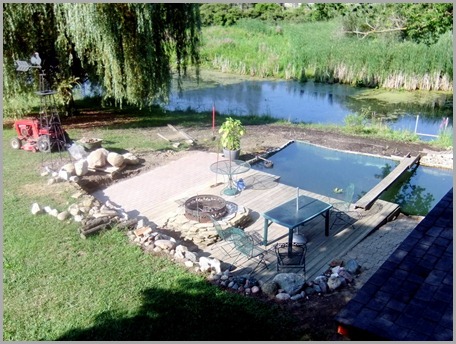 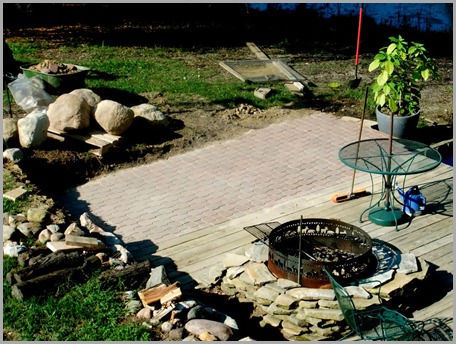 Fortunately for us, the temperatures are no where near what we were experiencing while we were in the east.  They were “only” in the high seventies and low eighties, however, we still worked up a sweat.  Warren still has a lot of landscaping left to do, but that’ll be in October after the Renaissance Festival which starts in two weeks.  Shirley and Warren have a booth there where they sell their woodworking products which will keep them busy for the next two months.

My project was a simple one, cut two pieces of plexi-glass to replace the ones that had broken in our screen door.  I still have the entertainment center to rebuild in order to accommodate the new television set and a couple other “fix it” projects to work on when we get to Ray and Pat’s later this coming week.

While Warren and I were doing the “guy thing”, Shirley and Judy went into Holly to visit some cute little shops (the “girl thing”).  And, no, Judy still didn’t come home with a thimble.  They had fun as it has been years since Shirley has visited the Battle Alley area of town.  Like the rest of us, you just don’t go to those places unless company shows up. 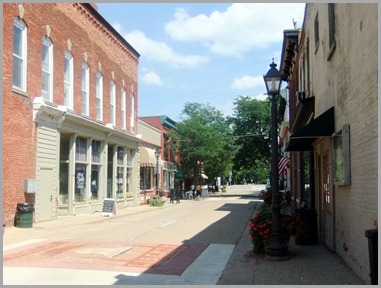 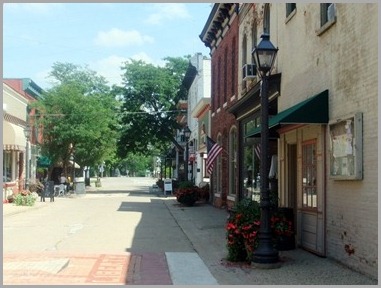 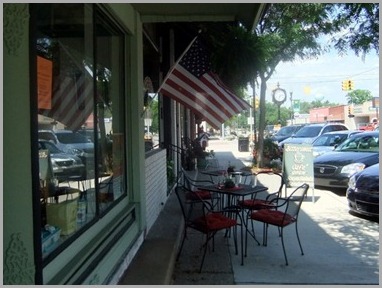 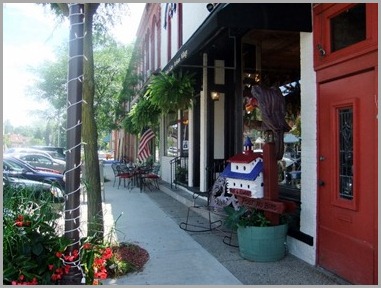 We’re getting on the road again today heading for Petoskey, Michigan, our old stomping grounds, where we’ll be spending time with Judy’s Brother.  We’ll be staying at Magnus Park which is right smack dab in town.  It is a municipal park with full (30 amp) hookup sites which overlook Little Traverse Bay.  Rain is in the forecast for tomorrow, but it will be a nice peaceful stay none the less.

Posted by Darrell and Judy Patterson at 7:10 AM